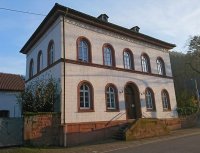 AQUACONSULT is a name associated with the most efficient aeration technology in wastewater treatment worldwide.

The manufactured strip aerators by AQUACONSULT is called AEROSTRIP ® and can be seen today as one of the most efficient representatives of fine bubbled diffusers. The production of AEROSTRIP ® is made entirely at the Austrian headquarter and fullfill the high quality requirements according to ISO 9001.

Visit our product website !
Be part of it!
We are looking for a sales engineer.